FL STUDIO GETS A TOUCH-UP 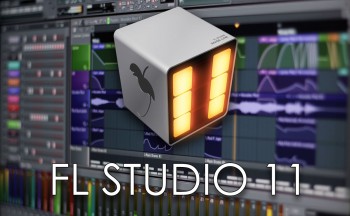 It was always hard to take any DAW called “FruityLoops” seriously – something Image-Line readily admits on its website and changing the name to FL Studio in 2003 was a smart move (and also avoided a long legal stoush with Kelloggs). Since then Image-Line has regularly improved and updated FL Studio to a fully-fledged DAW and made it a popular application for live performances. Notable new features in FL Studio 11 include a Performance mode where you can trigger Playlist Clips live using any of a long list of supported third-party controllers and a touch screen –there’s multi-touch support. FL Studio and some plug-ins now respond to recognised Microsoft gesture functions. The Playlist has been beefed up to 199 tracks, increased from 99 and overall the GUI has benefited from a host of workflow tweaks including the GUI animation level is now selectable from “sober to entertaining” – yes, honestly. Three new plug-ins in FL Studio 11 are the BassDrum, Groove Machine Synth (GMS) and Effector, while plug-in additions to FLS10 have been further improved. Many of the long-established plug-ins and effects have been overhauled including FL Flowstone, the successor to the original Synthmaker program which now uses Ruby high level programming language. Image-Line reckon this means that connected to the right robot, FL Studio is the first DAW in the world that can now make you a coffee. Sounds like the folks at Image-Line need to cut back on the caffeine a little, more than anything.

A full rundown of FL Studio 11 can be found at www.image-line.com