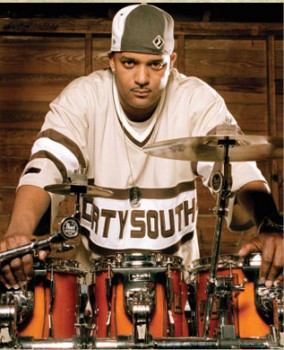 Here’s a great chance to see how the pro’s do it.

Last week Presonus fed a live stream onto the web of a three-day recording session at the Oak Street Recording studio in New Orleans. The album was Swampgrease II featuring legendary drummer Terence Higgins and the idea was to let viewers watch a no-holds-barred, no edits and uncensored feed on an album being created over those three days.

The bad news is you’ve missed it–obviously. The good news is that Presonus taped the whole thing and you can now watch each of the three days separately on the Presonus Blog page here http://www.presonus.com/blog/index.php/2012/05/21/what-you-missed-swampgrease-ii/ In fact, it’s even better. Because you can now fast-forward or shuffle around the timeline to pick and choose the bits you want to see, although it’s pot-luck what you’ll get by picking any given point. The video is still raw, so you’re talking upwards of six hours per day of footage.

Terence and the lads are some seriously talented musicians in a jazz fusion kind of way (make up your own mind on genre) and it’s worth a look just to see some of the gob-smacking licks and grooves these guys play. But the interesting thing for Guerrilla Guide readers is that many people will relate to the Oak Street Recording facility–it ain’t Abbey Road. It’s a converted building with a lot of improvisation with regards to acoustics. Sheets on the windows, rugs on the walls, a low-panel drum booth next to the stairs with more blankets to isolate the mics… it sounds makeshift, but there’s a great vibe to the place. Of course, there are frequent gratuitous shots of Presonus hardware and software being used, but we’ll let ‘em have that.

Check it out and if you happen to notice anything of particular note like a cool piece of playing or neat studio trick, how about sticking a comment below including which day you were watching and a timecode mark?

In fact, let us know what you think of the whole stream-to-the-web studio session idea, too. Try www.presonus.com if the blog link scares you.