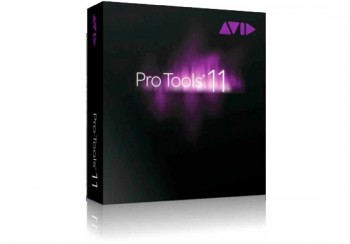 The Latest and Greatest Pro Tools?

You might have seen that Avid’s ProTools 11 has been released and it’s stirring up considerable comment and debate on the forums. What’s all the fuss about?

First of all, ProTools is so entrenched in the audio industry that any release of PT is always going to attract a lot of attention. It’s considered by many as the industry standard of DAWs – something that Avid’s competitors hate to hear and PT critics try to loudly deny – so any new PT release stokes the fire on this ongoing debate. Adding to the argument, with this release of ProTools 11 Avid has confirmed some significant changes (that started to creep in with PT10) and introduced a few crucial new ones – radical departures from Pro Tools of old. People are talking.

To achieve this ProTools has created a whole new audio engine, practically re-writing the software underlying the still-familiar ProTools GUI. ProTools runs faster, better and is more consistent across its three versions, ProTools 11, ProTools HD (which comes with Avid audio hardware) and ProTools Express. Okay… so far, so good, right? However, the new engine (referred to as the AAE or Avid Audio Engine) has come at a cost in some respects, with several features of earlier PT versions missing, hopefully to return as Avid patches and updates PT11 further.

Hey, Where Are My Plug-Ins?

More than anything else, with PT11 it’s all about plug-ins – not just your run-of-the-mill reverbs and delays, but virtual instruments and modelling plugs too (like guitar amplifier plug-ins). With PT10 Avid brought in a new format of plug-ins for ProTools called AAX, which worked in a 32-bit environment even if your Operating System (OS) was 64 bit. Now ProTools 11 needs a 64-bit OS and provides – and requires – AAX plug-ins in 64-bit, and that’s what is upsetting everyone.

Avid explains that until PT10 (and PT11) it needed to make lots of different formats of the same plug-ins to cater for all the various kinds of ProTools systems like RTAS, TDM, Native… it was pretty messy and confusing exactly what you needed. The new AAX plug-ins work in all types of ProTools and make things much simpler. Avid only needs to develop, create and test a single format of any plug-in, not lots of different versions to cater for everyone. You might say Avid was cleaning out the cupboard of older technology. Not a bad idea, although you know it’s going to upset someone.

It’s important to remember in all of this that hundreds – if not thousands – of companies all over the world also develop and sell audio plug-ins designed to work in ProTools. Every one of these ‘third-party’ companies now needs to provide its plug-ins in AAX 64-bit format for them to work in ProTools 11 and the unhappy reality is that many of them can’t… and in some rare cases won’t. For the most part, many of these third-party developers are working hard at providing a solution and some, like Arturia, already have the answers. Some major players in the audio plug-in industry such as Native Instruments (home of Komplete, Absynth, Abbey Road Drums, etc) haven’t yet come up with a means for its customers to use their suites of high-quality effects and instruments in ProTools 11 – a cause of great angst for many NI users.

You can imagine the outrage coming from some camps. Oddly, there’s not much noise about PT11 requiring a 64-bit OS which may be an indication of how much that platform has been taken up. At the same time, people are demanding to know why Avid has released a version of Pro Tools that renders their vast collections of 32 bit, third-party plug-ins and instruments obsolete and useless. In defence, Avid supporters quite rightly point out that AAX has been around for a while, and moving to 64-bit was always going to happen, so how can anyone complain they were caught unprepared?

Whoever you want to agree with, that’s what all the fuss is about.

It’s Not So Bad

The truth is it’s not so bad. Any third-party plug-in developers worth its salt will eventually figure out an AAX 64-bit solution for its customers. In some cases those customers may have to wait a bit, but hopefully not too long (although to be fair here some reports say the AAX 64-bit format isn’t easy to work with). The good news is that ProTools 11 offers an excellent opportunity for beginners to start their DAW experience in PT without having to suffer the excess baggage that came with ProTools in the past – what system, what version, what plug-ins to use… it got too hard for a lot of people. The technological clean slate Avid is offering works for experts and novices alike.

The mud-slinging, arguing and complaining will last for a while yet. People rarely post cheery, good-news stories on forums. Keep an open mind or, even better, make up your own mind. You can download a demo of ProTools 11 at www.avid.com. Don’t forget you’ll need that 64-bit OS and an iLok. If you’re serious about recording music and DAWs both will come in handy anyway.