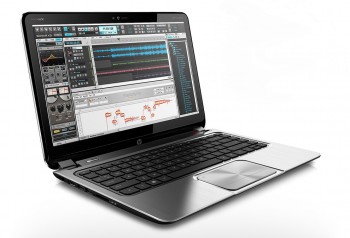 Cakewalk’s Sonar software has always been known for including an impressive collection of plug-ins and VST instruments, and the company consistently adds even more high-quality features with every regular-as-clockwork release of a Sonar update every October. So it’s no surprise that Sonar X3 crams in a further bunch of new plug-ins and virtual instruments into what’s already a pretty chockers DAW. SONAR X3 is Cakewalk’s biggest upgrade to date and includes core workflow enhancements and features like Colour Customisation, Comping, VST3 Support, ARA integration, Melodyne Essential (in addition, we’ll assume, to the existing V-Vocal pitch correction), a Tape Emulator to complement the Console Emulator plug-in, the QuadCurve EQ Zoom & Analyzer, and much more. New effects and instruments include XLN Audio Addictive Drums, a suite of 19 Nomad Factory Blue Tubes FX and what’s called Lounge Lizard SONAR, which is a classic Rhodes electric piano instrument. It’s fair to say that Sonar includes a lot of plug-ins that rival and emulate some of the more esoteric, “out there” effects you’d find at the high-end plug-in providers – for example that Tape Emulator – so if you’re just starting out with your home DAW studio then Sonar can provide a deeper insight into what some of those professional recording studios are using. But you’ll need to make sure which Sonar version to buy. Sonar comes in three flavours, a bog-standard Sonar X3, Studio or Producer bundles. Check the comparison tables at www.cakewalk.com