THE EXTRAS IN X2 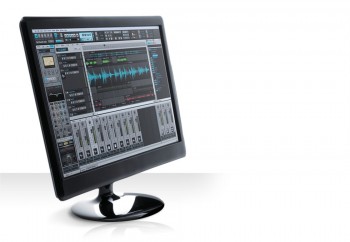 It’s that time of year again. Halloween, Guy Fawkes’ night… and regular as clockwork Cakewalk has released a Sonar upgrade. Last year it was the revamped, rebuilt Cakewalk appearing for the first time as Sonar X1 and it attracted the expected brickbats and bouquets that accompany every major design shift. With X2 the dust has settled and Cakewalk has been able to focus on individual improvements rather than selling the entire package. Similar to the new Cubase 7, which we’re also covering and is a bit of unexpected competition for Cakewalk, Sonar is a DAW that’s been around a long time in various forms and there are a lot of well-established functions that don’t need mentioning again here. Sonar continues to add to the list of features each time usually without giving any the chop and it’s starting to run off the bottom of the page. However, bucking that trend a lite version of Guitar Rig has been replaced with Overloud’s TH2 guitar emulator — only available in the Producers Edition though. Another new contribution from Overloud is its Breverb plug-in, which has a range of vintage and modern reverb sounds. A new Matrix View is designed for live performances, triggering samples instantly and the Arrange window now has dedicated Automation Lanes instead of overlaid envelopes.

Something that will really get tongues wagging is a Console Emulation feature. These are three modes that can be applied to either individual channels or busses and promise to faithfully mimic the sonic characteristics of three British mixing consoles. Feel free to have a guess — S Type Console “emulates a clean and transparent British console that is popular among mixing engineers in rock and pop genres.” The N Type Console “emulates a British console that is used in legendary recording studios, including Abbey Road, The Village, Ocean Way, and Skywalker Sound.” Finally and intriguingly, the A Type Console “emulates a revolutionary British console, of which only 13 consoles were ever built. This console was made famous at Trident Studios and Cherokee Studios. Some consider this the best sounding console of all time.” Cakewalk isn’t saying more, but you can fill in the gaps. You can have them all yourself at the press of a virtual button in Sonar X2 Producer. The modes are switched in or out with a Drive parameter and a Tolerance button that simulates inconsistency between different channels — such as electronic component wear-and-tear (though why, you’ve got us guessing).

A new Remix function allows users to visualise their mixes via a colourful GUI that can isolate the separate components of a mixdown and offer some quick fixes. It’s powered by Roland’s V-Remastering technology, so it won’t be an idle boast.

In all, Sonar X2 has over 100 new features or tweaks. Go to  www.cakewalk.com for a full list and scroll down… and down… and down. Sonar X2 comes in three flavours of Essential ($109) Studio ($219) and Producer ($549). Prices are Suggested Retail Prices in Australia.